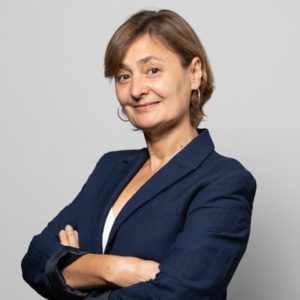 Professor of Labor and Social Security Law at the University of Castilla-La Mancha (UCLM).

Doctor of Law from the University of Valladolid, Luz Rodríguez Fernández has also been a teacher in that university and in Carlos III University in Madrid. In addition, she has carried out research stays at the universities of Cambridge and Bologna and at Penn State University (Philadelphia), at the European Center for Social Policy Research in Vienna, at the European Trade Union Institute in Brussels and at the International Labor Organization’s Research Department in Geneva.

An expert in decent work and economic development at the COTEC Foundation, she currently directs as principal investigator the public funded research project Digitization and Work: The impact of the 4.0 economy on employment, labor relationships and social protection, which involves 19 researchers.

María Luz Rodríguez has been an advisor to the Cabinet of the Ministry of Labor and Social Affairs (2005-2007), Minister of Labor and Employment of Castilla-La Mancha (2007-2010) and Secretary of State for Employment (2010-2011). She has published numerous articles on employment and labor relationships in collective books and specialized magazines. In addition, she is the author of the books Collective bargaining, equality and democracy, Collective bargaining and the labor dispute resolution, The structure of collective bargaining and The incident of non-re-admission; and editor of Digital Platforms and Labor Market; of The Future of Work We Want, Self-Employed Workers and European Collective Bargaining